By Jane May 26, 2017
Have you ever sat with a quilt on your lap in winter and thought how cosy it would be if you could actually wear it? Well the Grainline Tamarack is your opportunity to do just that - and look socially acceptable at the same time! 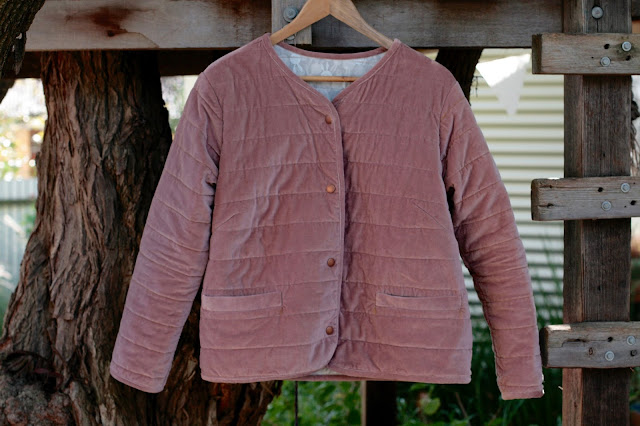 Jen of Grainline Studios first released this pattern in October 2015. Since we were heading into the Aussie summer we didn't really think a lot about it. But Jen seems to have a way of being a little ahead of trends and designing long-lived classic garments, and the Tamarack has been sneakily growing on us. I loved this one by Heather Lou of Closet Case Patterns, and the final push for me was seeing this quilted jacket by Kate of Bombazine. I was in need of another casual, warm jacket that I could throw in a bag and take anywhere. My Grainline Cascade Duffle has been possibly my most worn/thrashed item of handmade clothing ever, and although it's holding up pretty nicely in its third winter, it could use a little respite. 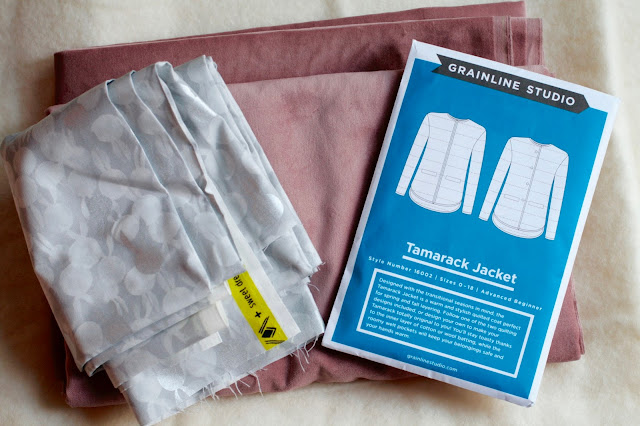 I'd been hanging out to do something with the beautiful new cotton velveteens we had in the shop, so I chose Cherub (Millennial pink, anyone?) and carried it around the shop until I found it a partner in this subtly awesome Cotton + Steel print of grey and silver bunny heads. Add a puff of pure Australian wool quilt batting (available in store) and I was off.

I have discussed previously that Grainline drafting 'out of the packet' doesn't work for my shape. With my full bust measurement putting me in a size 12, and my high bust in a size 8, I decided to split the difference, trace the size 10 and make a small full bust adjustment, adding a dart. Whilst an 8 might have been ideal in the shoulders, I didn't want to end up putting a giant bust dart in a pattern that was intended to have none.

There's plenty of wearing ease in the Tamarack pattern (and Jen very helpfully always includes finished garment measurements in her patterns) but actually getting this to fit across my bust was not the only concern.  It was more a matter of how the finished garment would sit: without a dart, a jacket can tend to be pushed up and back over my narrow shoulders and ultimately, hang really poorly. A dart will give me a nice sloped roof and straight wall below, if you get the picture!

How did the bust dart work in quilted fabric? It was a bit of a gamble but in fact it worked quite well. I thought I may need to trim off the dart inside but it folded and pressed just fine. There are two things to watch out for:
- what does the dart do to your quilting pattern? In my case it meant that the quilting lines at the jacket side seams did not meet up below the dart. Not ideal but I can live with this. A more complex quilting pattern would help hide this difference. 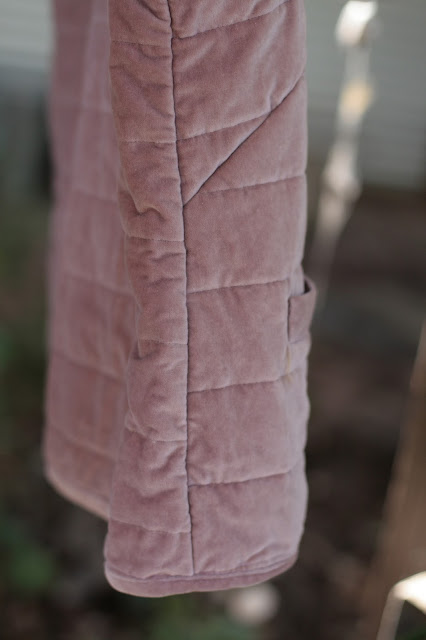 - how will you deal with the bulk of the fold in the side seam? You'll end up with 3 layers of quilt, which is 9 layers of substrate, at one point! My regular sewing machine was quite happy to chug through this but my overlocker struggled... and the result was ugly. Perhaps a blessing in disguise though, because I decided to bind the seams to hide all the mess. I simply sewed bias tape over the seam allowance. After sewing down the first side I trimmed the seam allowance back considerably to reduce bulk, then folded it over and sewed the second side. Much, much better and a finish I would highly recommend for all the interior Tamarack seams. (I wish I'd done the shoulder and armhole seams this way but by this stage I'd overlocked them neatly and they were joined to other seams and they're not visible when I'm wearing the jacket anyway.)
Apart from adding the bust dart, the other small changes I made to the pattern were:
- shortening it and straightening out the bottom, cutting off just below where the curved hem begins on the pattern. In a colder climate the extra warmth of a longer jacket would make a lot of sense but a shorter one seems more versatile for an Adelaide winter.
- rounding off the corners of the front edges. I simply took a small saucer from the cupboard and traced the rounded edge of that, after the jacket was constructed but before binding. I was a little worried the binding may bunch up a bit around the curves, but I stretched it out a little (it's bias cut) on the first pass and it folded over and sewed down beautifully. 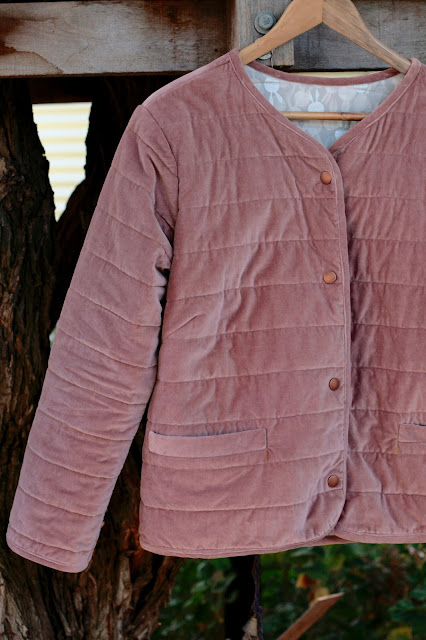 The majority of construction is pretty straightforward. I followed the quilting instructions (making the sandwich and basting) to the letter and my fabrics, with the help of a walking foot on my Singer, behaved very nicely. The welt pockets were a bit different to my previous (limited) welt experience and it was one of those occasions where I couldn't quite picture the end result and just had to walk through it with blind faith. And it worked. Since I shortened the jacket, I had to also shorten the pocket bags but they're still a really useful size. 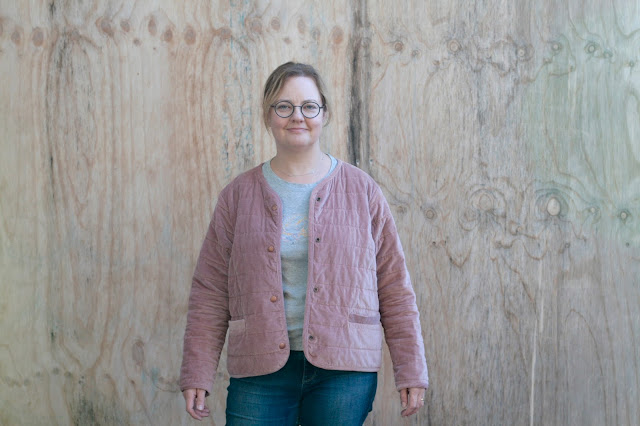 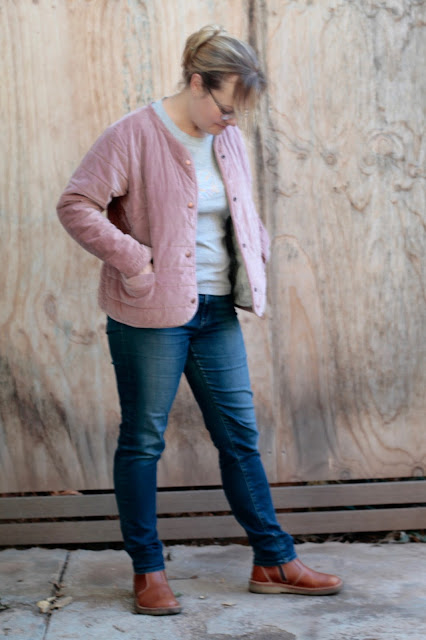 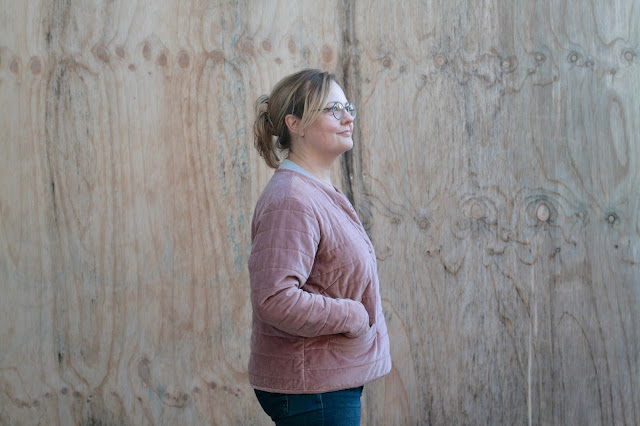 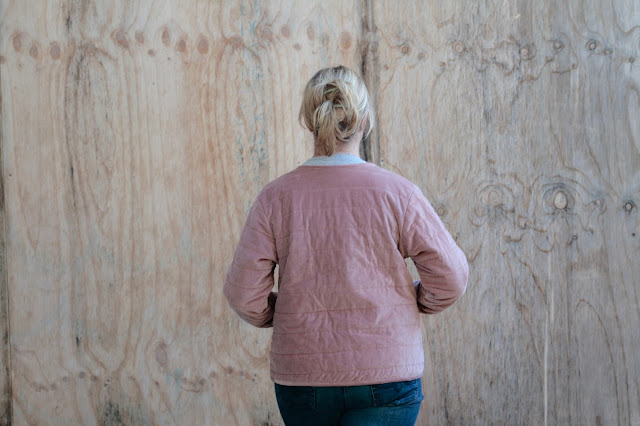 I am simply delighted with my Tamarack. It's so cosy, so comfy and really, really like wearing a quilt. (#secretquilt ?) Go on. If you've been on the fence, hop on over into Tamarack land. You'll like it here.

We love to know who's reading and what you think so please leave us a comment! We'll also try to answer any questions you may have. 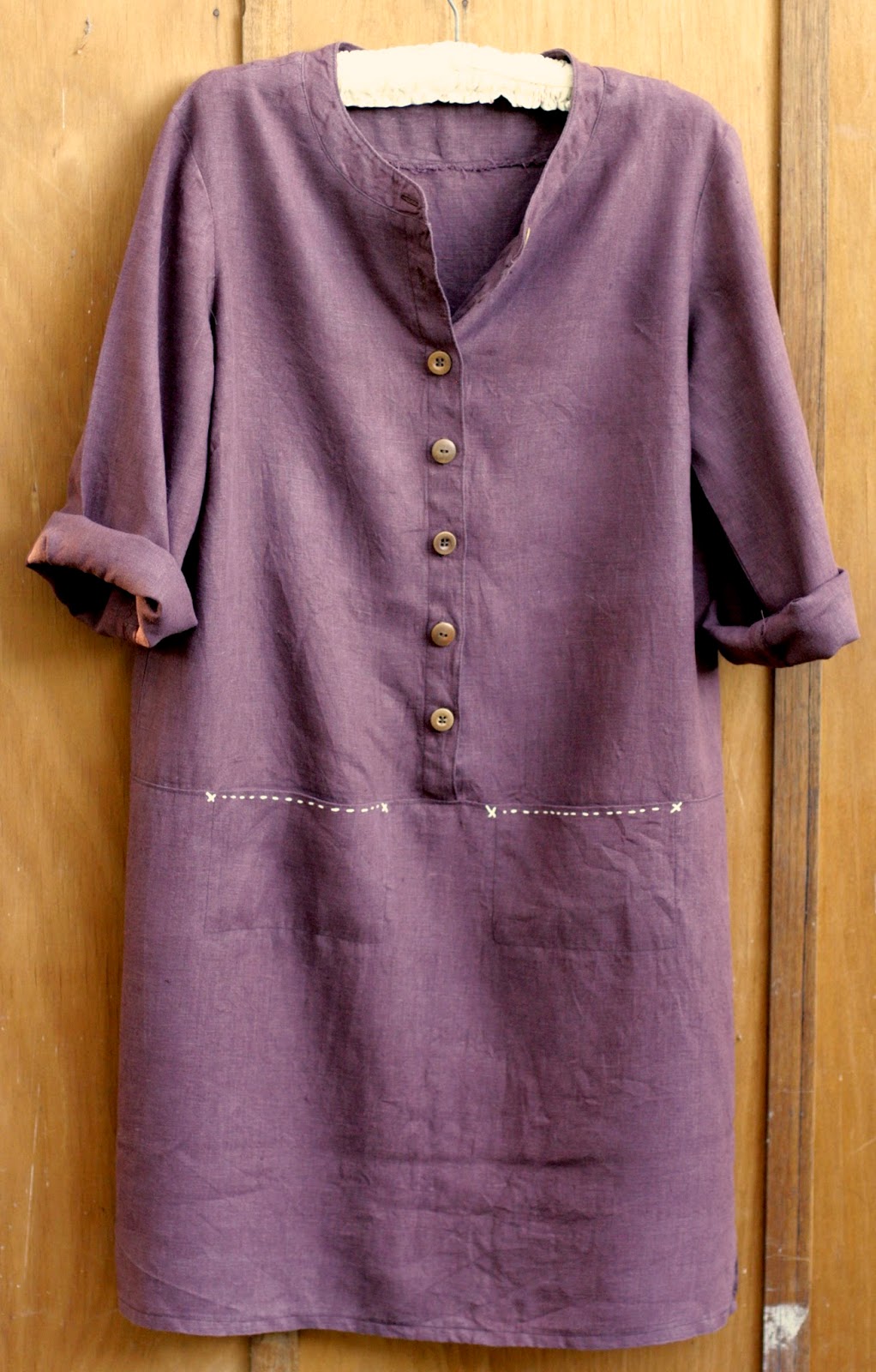 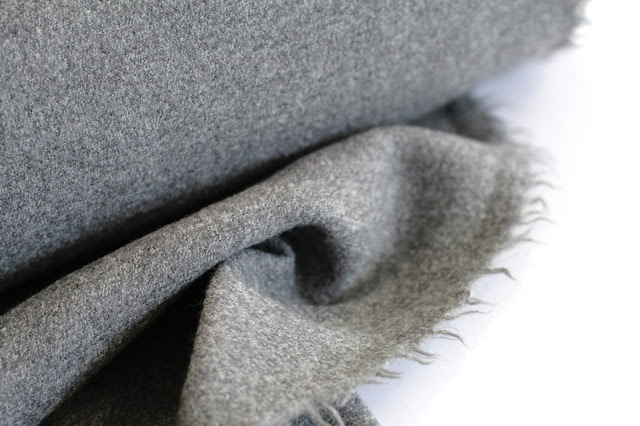 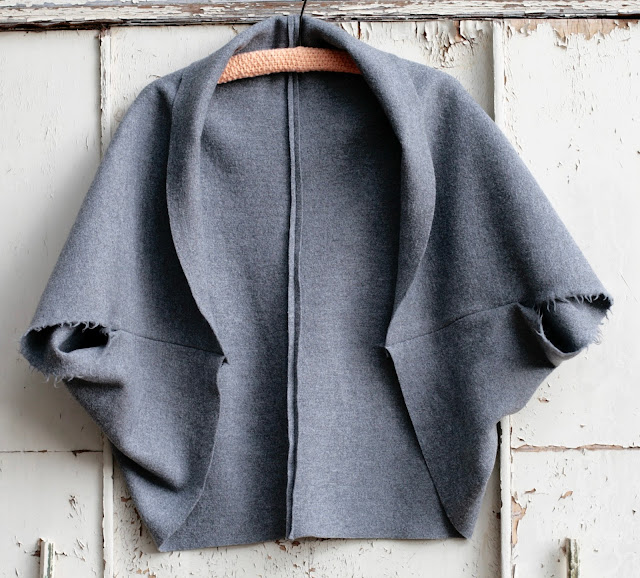 We have some luscious boiled wools in stock at The Drapery right now, and have put together a free tutorial for possibly the easiest garment you'll ever make! Searching for boiled wool inspiration, we came across this simple and lovely shrug by Manda of Treefall Design, who was inspired by a ready-to-wear piece. We whipped up a couple of prototypes in the shop and arrived at this which takes just a 75cm cut of fabric and three straight seams. Edges can all be left raw because boiled wool does not fray! REQUIREMENTS 75cm x boiled wool , ours is 150cm wide - would also work in wool knit fabric such as this Japanese wool blend (or this one ) and this Merino Rib Gutermann Sew-All thread in matching colour Cut about 50 - 55cm in from each selvedge so you have 2 pieces approx. 50 x 75cm, each with a 75cm fluffy selvedge. The piece from the middle is spare so you can use it for another project, or perhaps to embellish your shrug. Pin your pieces together along th
Read more